Heaps are often represented as complete binary trees. What is the height of a complete
binary tree with 375 elements?

What is the state of the heap built after adding all the strings in the order given? 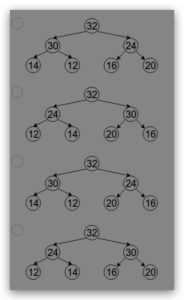 Given two min heaps of size n each, what is the big O time complexity of sorting the 2n
elements?

Assume that the sorting algorithm does the following: repeatedly compare the minimum
elements of the two heaps, remove the smaller one, and put it in an array. You may assume
that the array length is large enough to hold all 2n elements.

Suppose we were to define a hash code on strings s by:

How many bits are in the binary representation of the hash code as a function of n? 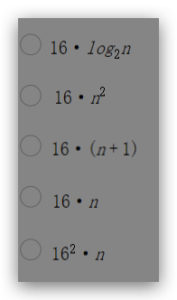 – hashcode: partition the key into five pairs of consecutive digits and sum up

What is the hash value for the phone number that has the maximum hashcode ?